To make a tax deductible donation via APHEDA – Union Aid Abroad, call 1800888674 or  DONATE ONLINE by going to “Make a Donation” and specify Vanuatu Appeal under C “one off donations and appeals”. AWSA will arrange with APHEDA to send the money to the Sahrawi Red Crescent. 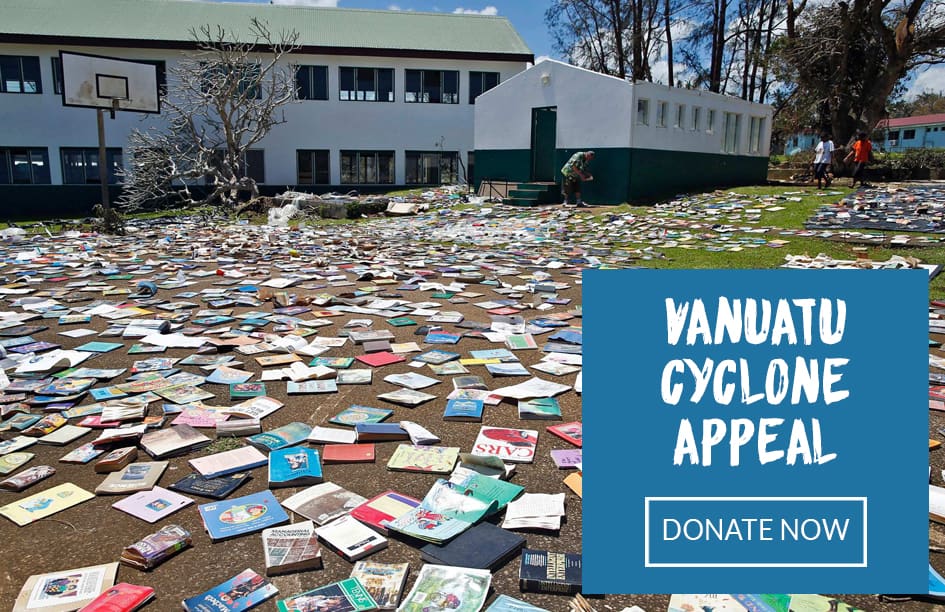 Union Aid Abroad-APHEDA is holding an appeal to assist our local partners working with communities affected by Cyclone Pam in Vanuatu.

So far APHEDA has raised over $100,000 towards assisting the medium-term recovery effort to re-build homes and get access to clean water supplies at the household/community level. We will also be assisting households to re-establish crops and small scale food production.

Union Aid Abroad-APHEDA’s Pacific Officer made the journey to Vanuatu in April to meet with partner organisations and see the impacts of Cyclone Pam on workers and communities. Read the report here: Vanuatu Report Back: Recovering from Cyclone Pam

“Most of these people depend mainly on subsistence farming, so they lost most of their crops and some of them especially in rural areas … might lose income. So the priority is how they can resume back to their normal life and how they can sustain their life and maintain food security in those communities.” — Peter Korisa, Operations Manager, Vanuatu National Disaster Management Office.

80% of Vanuatu’s population depend on agriculture and fisheries for their livelihoods. The cyclone has had a severe impact on these livelihoods:

Once the initial emergency has passed, farmers and fishers will need help to replant their gardens and orchards, replace their lost seed stocks, and re-establish aquaculture production.

Globally droughts, floods, storms or tsunamis cost agriculture $70 billion over 10 years between 2003-2013. Climate change will increase the frequency and severity of these events – with long-term impacts on people’s livelihoods.