Since countries like Australia began banning asbestos, the asbestos industry turned to markets like Indonesia, where people are being exposed to dangerous asbestos in their workplaces, communities, and homes.

Sriyono is one of them. He suffers from terminal cancer after years of working in an asbestos factory. Sriyono told the ABC:

“I’m very angry, right up until the day I resigned the company didn’t care.”

Sriyono is just one of the thousands of people in Indonesia whose health is put at risk by an asbestos industry desperate to continue profiting at the expense of human lives. But activists, doctors, trade unions and asbestos disease victims are fighting back.

You can support their campaign by becoming a member of Union Aid Abroad – APHEDA and by signing the petition to keep Australian money out of international aid and development. 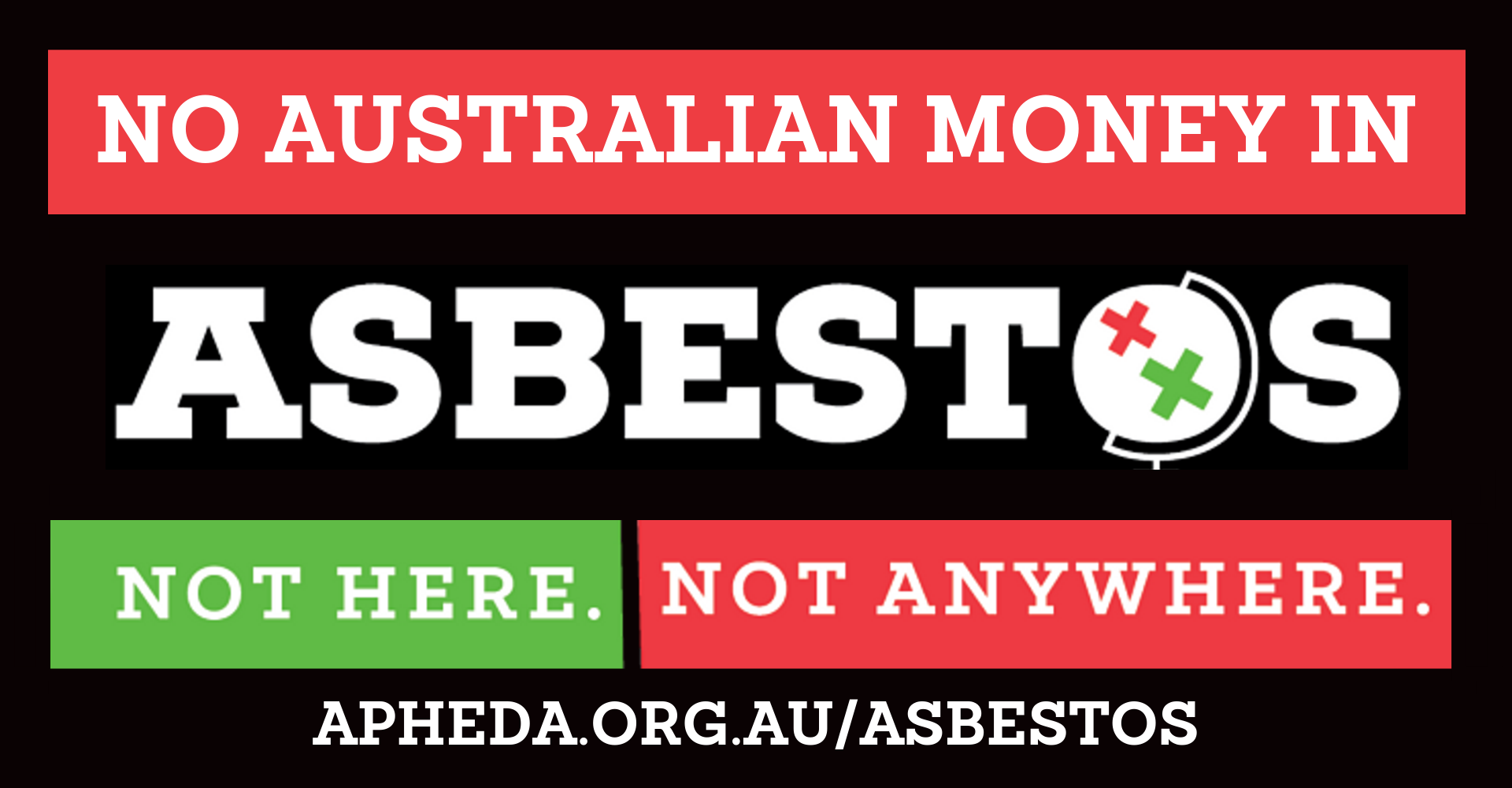 No Australian Money in Asbestos.

Tell the Australian Government that no Australian or international development funds should finance asbestos overseas!