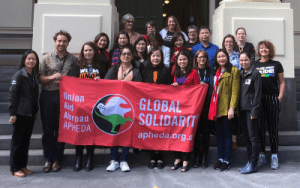 In April 2019, a delegation of women parliamentarians from Vietnam visited Australia as part of a study tour aimed at establishing and strengthening the connection between Australian and Vietnamese members of Parliament and gaining an understanding of how women’s issues are integrated into Australian political decision making. The study tour is part of the “Promoting Gender Equality in Political Decision Making in Vietnam” project in partnership with Women’s Unions in Vietnam and supported by the Australian Government through the Australian NGO Cooperation Program (ANCP) and Irish Aid.

The delegation visited Melbourne, Sydney and Canberra to meet with state and federal politicians, activists and community members to exchange experiences and to build the capacity of women candidates and learn how to design an effective election campaign in Australia.

The Delegation met with state, federal and local elected women leaders in Melbourne on a two-day tour that kicked off at Victorian Trades Hall Council with a meeting of the Trades Hall Women’s and Equality team joined by activists from multiple unions on Tuesday 9 April. They discussed the VTHC training and campaigning projects including research, tools and strategies used to support women as leaders in the workplace, union and community.

Next stop was Victorian Parliament House where the Honourable Natalie Hutchins MP, Member for Sydenham, discussed the Victorian Government’s strategic plan to support and address causes of women experiencing sexual and family violence. Natalie also gave a tour of Parliament House including discussion of the significant increase of elected women’s representation in the current sitting Government.

Back at the APHEDA Melbourne Office and hosted by Lori-Anne Sharp, Assistant National Secretary of Australian Nursing and Midwifery Federation (ANMF), the Delegation met with the Honourable Lisa Chesters, Federal Member for Bendigo and Shadow Assistant Minister for Workplace Relations who was joined by the founder of Emily’s List in Australia, Leonie Morgan OAM. Both Lisa and Leonie are currently actively involved with mentoring exchanges between elected women parliamentarians between Australia and Myanmar (and recently Timor Leste) through IWDA. They were able to share their experiences and insights here in Australia and also working with women in different political and legislative environments to improve gender equality in elected representation.

On day two, the group met with Deborah Wu from the Victorian Local Government Association to discuss the organisations active plans to increase women’s representation on local councils across Victoria to 50%. On the way to meeting with former ACTU President and APHEDA Co-Chair, the Honourable Ged Kearney MP, Member for Cooper, the delegation observed approximately 170,000 workers marching through Melbourne to Change the Rules at the forthcoming federal election. Discussions with Ged focused on her campaign in last year’s bi-election and the support of women in federal parliament to ensure newly elected women representatives have a strong voice. The group then headed to Richmond Town Hall where they were warmly greeted by Mayor Danae Bosler who was elected to this role in 2019 after serving as a Councillor for the City of Yarra for the past 3 years. Danae is also a union campaigner who continues to work part-time at VTHC.

The delegation met with the Deputy Lord Mayor of the City of Sydney and President of Local Government in NSW, Linda Scott. Linda briefed participants on the role of the council and how she is trying to promote women’s issues through the council. She told the group that wage disparity between genders is one of the issues she has been working on and has pursued this through formal resolutions for a structured approach within the City of Sydney, impacting its thousands of employees. She also highlighted the importance of the mentoring role played by senior women parliamentarian colleagues in the party.

The Greens MP for Newtown and spokesperson on Human Rights Jenny Leong met with the delegation at NSW Parliament. She discussed the formal and informal mechanisms for encouraging women to participate in politics and become candidates in her own party and more broadly in Australia. There was also the opportunity to discuss how the challenges in women’s participation in politics are shaped by the different political systems in Australia and Vietnam.

On Friday 12 April, the delegation travelled to Canberra to take in a tour of Australian Parliament House in the morning including some of the private member areas. The group then headed to lunch and met with some of the ACT APHEDA Activists including Tamara Ryan, Women’s Officer at Unions ACT.

Last stop was a meeting at the Department of Foreign Affairs and Trade (DFAT) with the Australian NGO Cooperation Program (ANCP) staff who asked about their experiences and learnings from the study tour as well as the broader project outcomes. The participants were able to provide them with some detailed benefits the project has delivered and assist them with background information for a DFAT monitoring visit to Vietnam in June this year. 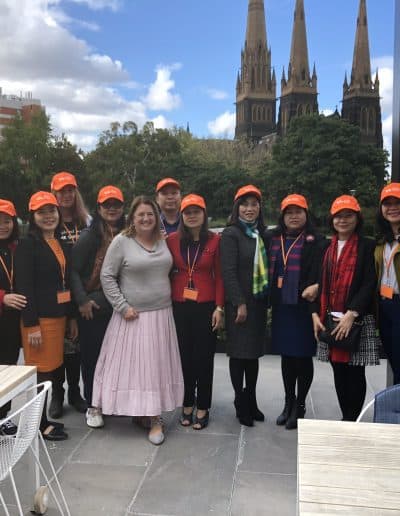 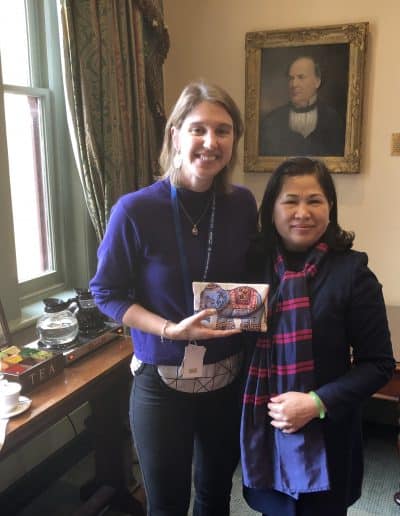 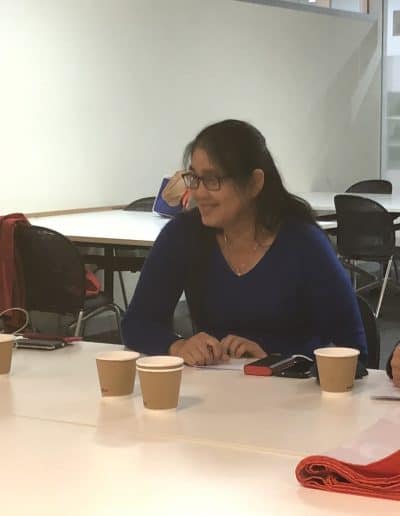 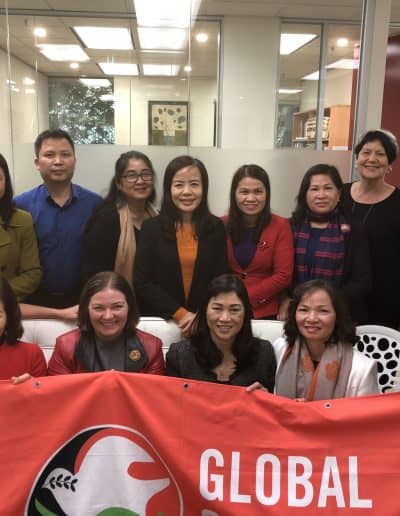 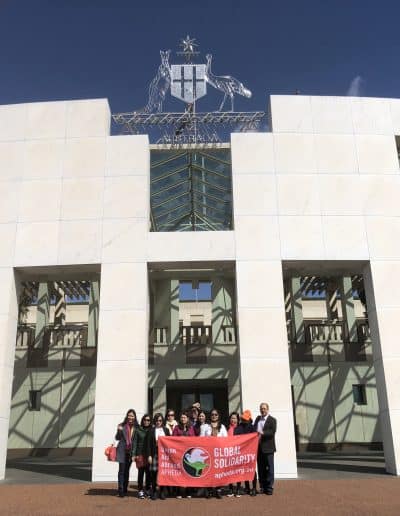 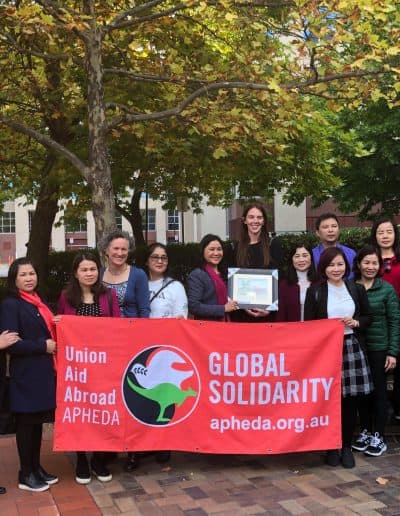 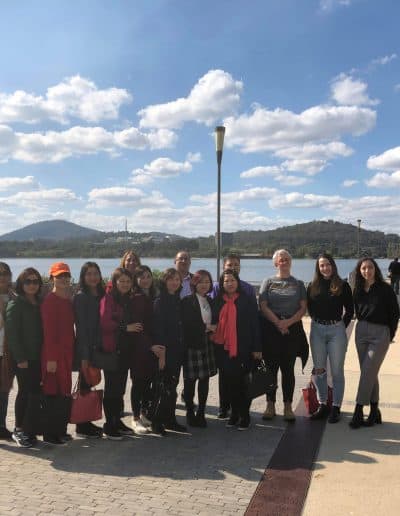 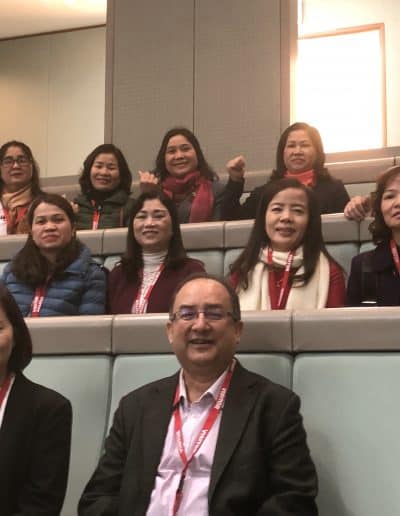 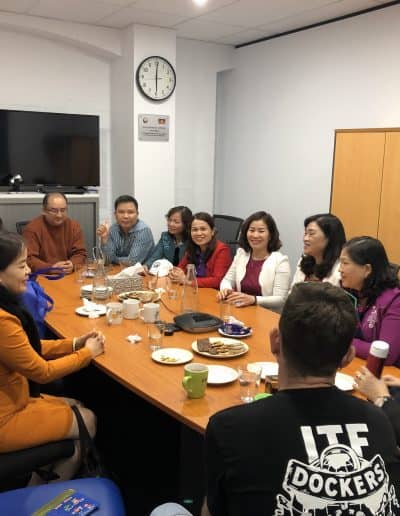 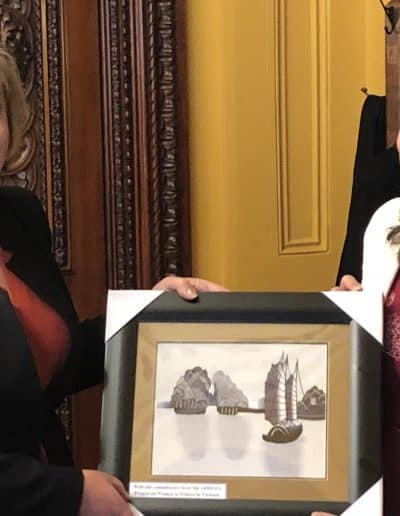 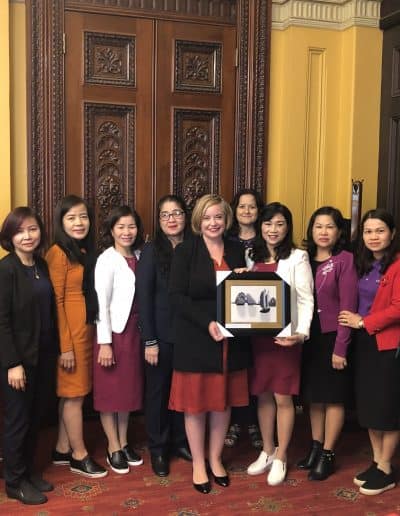 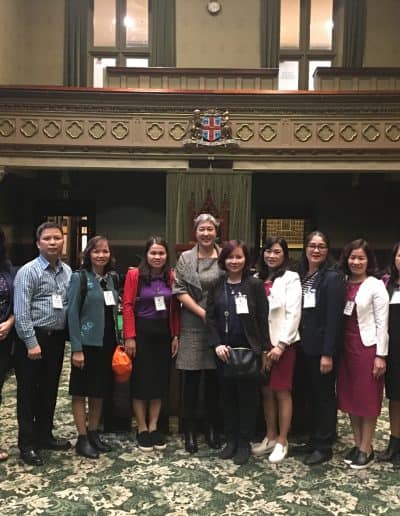