Being a refugee is to lead a tough life. The reality of living in a refugee camp in isolated and impoverished conditions is hard regardless of how the rest of the world is faring. In the future, we may all remember 2020 as the year of COVID lockdowns and isolation. But how will those living in refugee camps remember 2020 and the impact of COVID19? A new report released by the Karen Peace Support Network (KPSN), Virus Warfare: Burma Army destruction of Karen Community Defences of COVID19 draws attention to how the Burma Army has intentionally disrupted efforts by the Karen National Union (KNU) to protect communities in their areas against COVID19. The destruction of health screening checkpoints and military attacks have fuelled further displacement among Karen communities and place greater strain on refugee camps along the Thai Myanmar border.

World Refugee Day 2020: an update on the situation for Karen refugees

Today is World Refugee Day. A day we can use to reflect upon COVID19 and the additional struggles it brings to those who are not privileged to have the conditions that exist in Australia. Our partner organisation on the Thai Burma Border, the Karen Women’s Organisation, is a 60,000 strong organisation that works to bring self-management to the camps and to develop the leadership of women. The Karen refugee camps came to exist because of the war that continues between the Burmese Government and the dispossessed Karen people who are an ethnic minority and who been a target of oppression since the 1950s. The challenges of trying to protect communities from attacks from the Burmese army continue and are even more devastating during this particular time in history 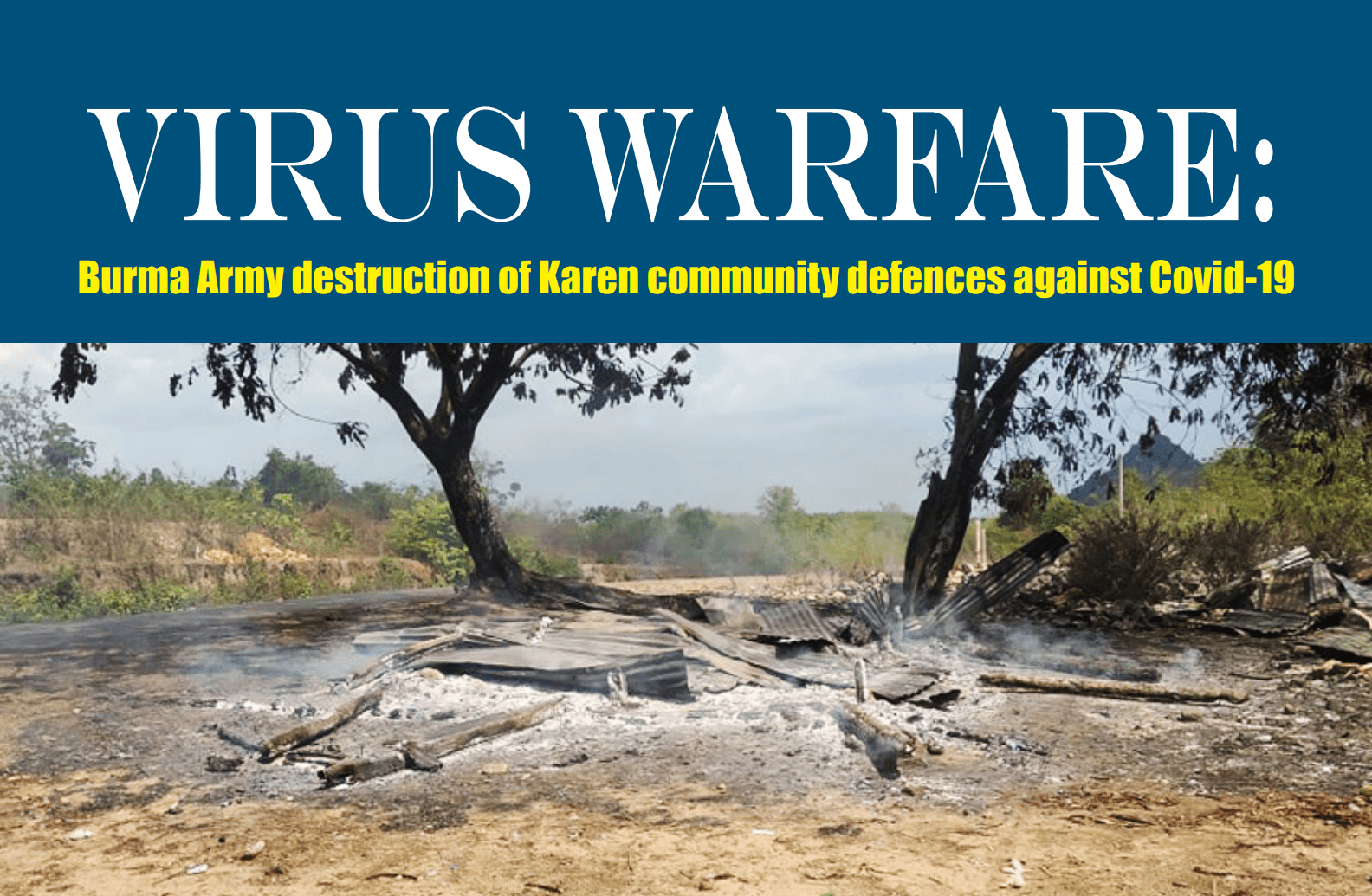 “The cruelty of destroying indigenous defences against a deadly pandemic is nothing new for the Burma Army, who have committed widespread, systematic crimes against the Karen for decades. What is new is that the Naypyidaw government now has the full, unconditional backing of the international community for its centrally controlled measures against Covid-19, meaning that foreign donors are effectively condoning and subsidizing the discriminatory national response — including the military’s trampling on ethnic peoples’ right to protect their own health.” Virus Warfare report

While we might feel that there is at least a shared sense of the importance of health and survival during the COVID19 pandemic, communities in these camps and in surrounding villages are dealing with the Burmese Army destroying health checkpoints. This is a deliberate tactic used to undermine the efforts of the Karen National Union (KNU) to protect its people against bringing COVID19 into the tightly packed refugee camps.

Several incursions with the Army have occurred which have weakened efforts to promote health in camps, making them more vulnerable. Actions by the army include closing the screening points, ordering the demolition of screening points, threatening health workers, and setting fire to structures as well as attacks on camp communities.

With gunfire and continued attacks, as well as trying to keep communities healthy, being a Karen refugee means to be vulnerable and to live in fear.

This World Refugee Day, the Karen Women’s Organisation is calling for sustainable solutions that uphold the dignity of refugees living along the Thai-Burma border.

“Funding cuts to refugee services began in 2012 and have continued each year. The reductions have put additional strain on our community. We are resilient in our struggle and our community-based organizations are working tirelessly to fill gaps in services. Concerns and fears of COVID-19 only exposed the fragility of the refugee situation here. Stay-at-home measures and social distancing recommendations were not applicable to those of us forced to live in crowded, confined spaces. The additional restrictions on our movement, food, and livelihood showed how desperately funding is needed to uphold the dignity of refugees.”

Union Aid Abroad APHEDA works with several partner organisations on the Thai Burma Border to support the efforts of local organisations to improve the lives of those who live in refugee camps.  Our work now includes supporting the work that partners can do to help defeat COVID19. Global Justice for all means that we aspire for everyone to be able to lead a decent life.