In March, Union Aid Abroad-APHEDA welcomed a friend, Wira Ginting, from our new partners in Indonesia LION and INABAN (the Indonesia Ban Asbestos Network). Wira visited us and unions to talk about the situation with asbestos in Indonesia, to plan to organise to stop its deadly use and to invite Australian unionists to get active in the campaign here in Australia and across South East Asia.

In a whirlwind ten days, Wira effectively met with representatives of hundreds of thousands of Australian unionists by meeting leaders, delegates and activists from across the spectrum of our movement.

Wira kicked off his visit on the Gold Coast by joining with 500 delegates at the MUA conference. He visited with APHEDA activists and union leaders in Brisbane including the Queensland Teachers, Queensland Nurses, the CFMEU and the ETU. In Sydney, Wira met with Unions NSW, the FBEU, the HSU, the Asbestos Eradication and Safety Agency to name a few, and then in Melbourne meetings were held with the Nurses, the VTHC and the OH&S committee, the NUW and the ACTU Executive.

Union Aid Abroad-APHEDA is now building organising plans with all the unions, unionists and experts who have said they are keen to assist in building a campaign to support asbestos bans in Indonesia and beyond.

You can find out more, take action and join APHEDA here: www.apheda.org.au/asbestos

About the campaign
We know asbestos kills but all around the world people are still exposed. Some profit from the use of asbestos and some die. The World Health Organisation says the only way to end asbestos-related Illness is to see asbestos banned and its use eradicated.

In 2016, Union Aid Abroad is scaling up our work and support for movements and projects working to end asbestos use in South East Asia. We know that while asbestos is being used anywhere, it remains a risk here and everywhere – and while import bans are important they are not enough.

Australian unionists have a deep and strong connection to the work of campaigning against companies that profit from asbestos. We know what it takes to organise to improve legislation and government responses to the use of asbestos.

We say – Asbestos. Not here not anywhere.

STOP PRESS: You can support VTHC in their campaign to strengthen importation protections here in Australia by sending this import petition 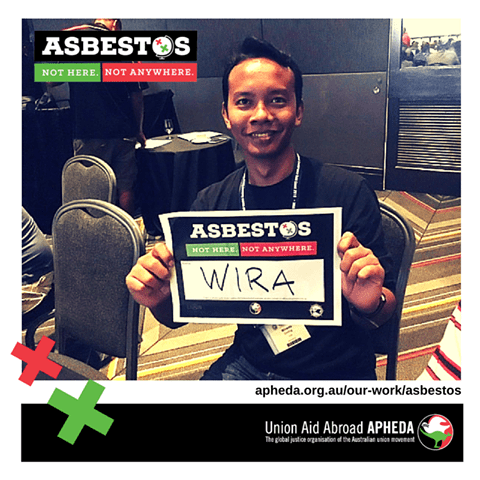 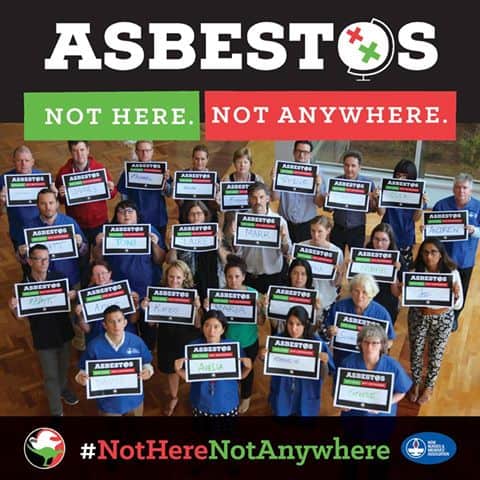