“Without farmers, there is no food”: fifth farmers union established in Timor Leste

In late October, more than 200 farmers from across Bobanaro municipality in Timor Leste came together to form the Uniaun Agrikultura Municipio Bobonaro (UAMB).

In a grassroots movement that is sweeping the country, UAMB is the fifth municipal-level union established by farmers that follows unions in Manufahi, Covalima, Liquica and Ermera. Demanding food sovereignty, sustainable development, agrarian reform and a democratic voice for rural communities, the unions are becoming a powerful representative force supporting increased and better-quality agricultural production by coordinating advocacy and farmers’ access to supplies, training, land and fair markets. 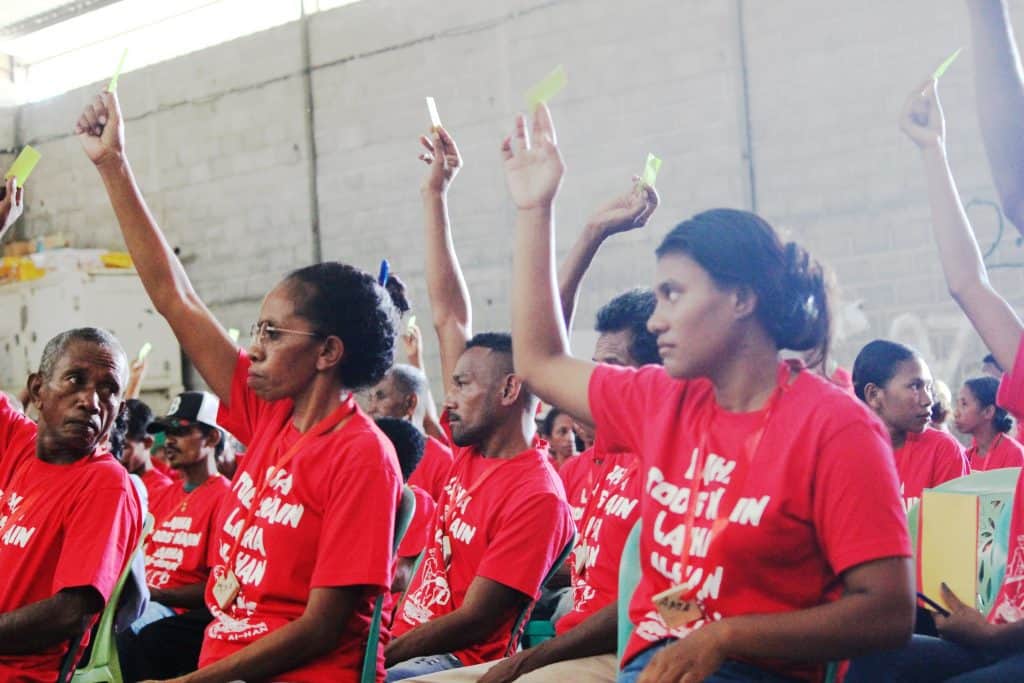 Bobanaro, one of Timor-Leste’s 13 municipalities (formerly known as districts) lies in the far west of the country surrounded by mountains, forests and hot springs. During the dry season, the red earth and parched vegetation is reminiscent of parts of northern Australia. In the wetter months, tropical rains transform bone-dry beds into gushing rivers, and brilliant green rice paddies spring to life. Bordering Indonesia, the area suffered widespread violence and destruction of infrastructure during the Independence struggle. Within the municipality is the town of Balibo, the site of several notorious massacres, including the murder of five Australian-based journalists, known as the Balibo Five, who were killed by Indonesian forces on 16 October 1975.

Despite this brutal history and other ongoing challenges, farmers have been uniting to develop their communities and provide nutritious food and sustainable incomes for their families. Like 80% of the Timorese population, horticulture is their lifeline. With support, they have been able to develop and strengthen their technical skills to find solutions to their problems and diversify their livelihoods.

Each situation is different. Just outside the municipal capital, Maliana, five local farmer’s groups, including Rambo’s Halesue A have been working together to maximise their output and incomes. Growing rice during the wet season, and fruit and vegetables like beans, mustard greens, eggplants and pumpkins during the dryer months, they can feed themselves and sell produce in local markets to earn a modest income. But they face significant challenges which impact harvests, including unreliable access to electricity and water and increasingly unpredictable weather – problems exacerbated by climate change.

With IEP’s support and training, they have adopted integrated agriculture techniques, conserving water, increasing yields and helping to mitigate negative weather impacts. They have also diversified. In 2021 when local markets were closed due to COVID-19, they started producing clay bricks for construction, selling over 40,000 red bricks for USD$6000. Splitting the income, they set up a loans and savings cooperative to provide financial and social support to community members. All decisions are made democratically, with loans distributed on Sunday afternoons when everyone comes together for church. In the first year of operation, co-op members have seen up to 50% returns on their investments. They spend this on essential items, set up new income opportunities or reinvest back into the coop and their communities. 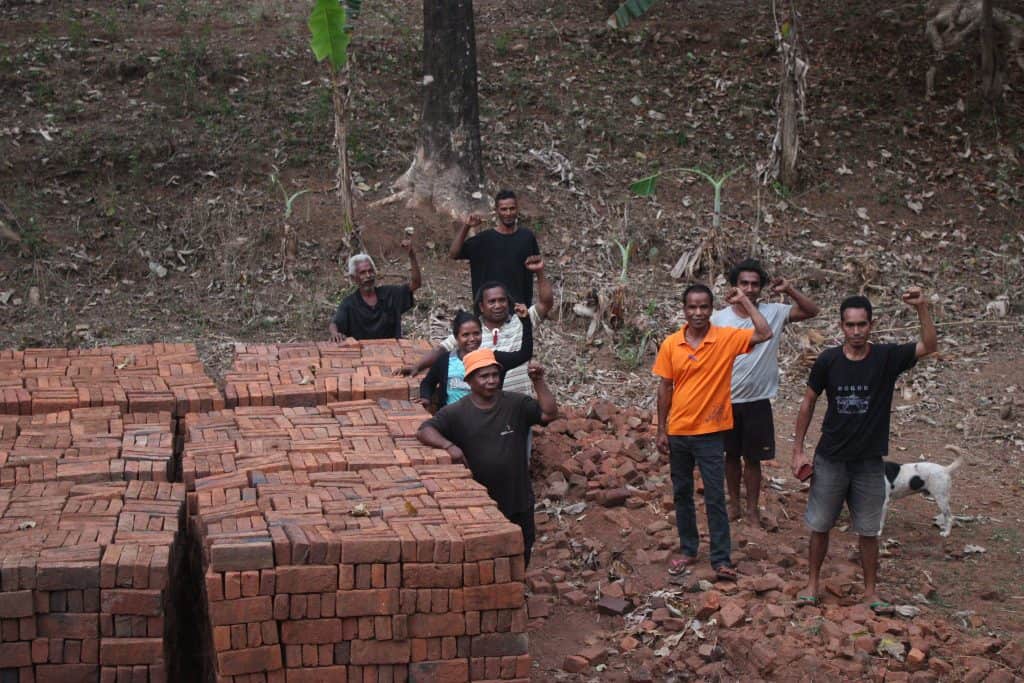 Farmers have diversified their income streams and are making clay bricks for construction.

With the formation of UAMB, farmers groups like these will be able to better connect with and learn from each other, not only across the municipality, but with other farmers’ unions across the country, building power as they go. With the goal of establishing a national farmers federation by July 2025 firmly in their sights, it is only a matter of time before their dreams of a strong and sustainable agriculture sector In Timor-Leste become a reality.