Creating new opportunities for women with disabilities in the West Bank 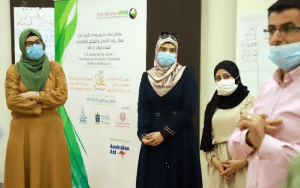 ABOVE: Mariam (far left) with other participants at the TOT in Entrepreneurship

Mariam is a 27-year-old woman living in Jenin Governorate in the northern part of the West Bank. She is the eldest of eight children. Mariam has a visual impairment caused by damage to her right eye when she was a child. This has created many challenges for her, particularly in completing her education and securing employment opportunities.

Mariam’s father initially did not want to allow her to study for a high school degree and refused to enrol her because he thought the study would cause too much strain on her left eye. However, Mariam is very persuasive and she managed to convince him to allow her to successfully pass the high school examinations. Mariam then went on to university but had to leave after only one year due to her family’s financial situation, which prioritised her two brothers’ education.

Mariam’s mother works at a tissue factory earning NIS1,100 per month. Mariam was able to work on her behalf sometimes and earn a little income. After seven years she was able to return to study and enrolled at Al-Quds Open University, where she is currently a fourth year bachelor degree student. The first semester was paid by her family and then she received a scholarship.

In 2020, Mariam was invited by Stars of Hope Society (SHS) to become a focal point and participate in the Training of Trainers (TOT) in entrepreneurship for women with disabilities supported by Union Aid Abroad-APHEDA through AMENCA 3. Mariam was selected based on her interpersonal and communication skills. Mariam’s father was reluctant to allow her to attend as the training was in Ramallah, far from her village. An SHS focal point – who is also a female with a disability – visited Mariam’s family and explained about AMENCA 3 and the benefit the training would have for Mariam’s development, and the skills and knowledge she would gain for future employment opportunities. This convinced her father to allow her to participate.

At first Mariam felt she was too young and inexperienced for this role and found the topics in the training very difficult and she doubted if she could continue. Slowly throughout the training she became more confident and was able to recognize her skills as a trainer herself. The trainer noted the improvement in her style of communication, body language and confidence on economic empowerment topics.

Now, Mariam is preparing to be an SHS focal point herself and will soon be providing training and support in her community for other disabled women. She said “I have become more aware of economic empowerment aspects such as how to prepare feasibility studies for projects and markets. I have an ambition to have my own project, and I believe I can do it now, and I am more capable of further defending my rights.” Her skills in communication mean she will be able to transfer the knowledge she has gained to other women and provide them with support in setting up or improving their businesses. In the future Mariam hopes to have financial independence and she believes the skills and experience she is gaining as a SHS focal point will help her achieve this.

The Ghalleh Project is implemented by Union Aid Abroad – APHEDA and its partner organisations the Bethlehem University – Institute for Community Partnership, the Palestinian Businesswomen’s Association (ASALA), and the MA’AN Development Center. 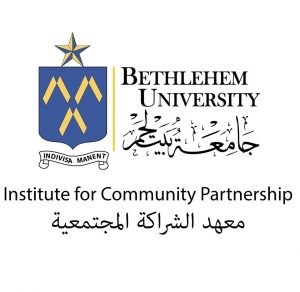 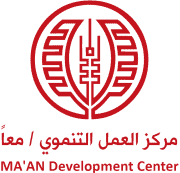