Labour Rights and Democracy in Zimbabwe During Crisis

COVID-19 is having a devastating impact on countries across the world. The situation in Zimbabwe is especially tough as the country faces both the global public health crisis and a worsening political and economic crisis. Union Aid Abroad – APHEDA continues to work with the Zimbabwe Congress of Trade Unions (ZCTU) to further their objectives in labour rights education, human rights awareness, democratic constitution advocacy, public policy advocacy and peace building.

Zimbabwe is facing a worsening crisis. The security forces have seized control of economic and financial policy at a time of shrinking GDP and skyrocketing inflation. Basic livelihood items are scarce. The value of the Zimbabwean Dollar has continued to fall further, pushing official annual inflation to 659.4% (September 2020). This translates into real hardship for Zimbabweans as they see their incomes evaporate. The International Monetary Fund (IMF) estimates that the economy will contract as much as 7.4% this year following a 12.8% contraction in 2019.

The World Health Organisation (WHO) estimates that a quarter of the country’s 16 million people will face food insecurity and issued a warning that food supplies would run out in 2020. Before the Covid-19 pandemic, already 62 per cent lived below the poverty line. This pandemic comes on top of the AIDS crisis the country already faces. Over 10% of the population aged between 15-49 years are HIV positive.

COVID-19, lockdown and a failing economy

The world – and Zimbabwe – are at cross-roads. COVID-19 has magnified and exposed all the fundamental weaknesses of capitalism and for a country which already has a stark divide between the small percentage who appropriate the wealth, and the rest of the population who are destitute, Zimbabwe is no exception. Massive de-industrialisation has occurred in Zimbabwe, with the IMF ranking it as having the 3rd most informalised economy in the world. As a result of COVID-19, half of the population (8 million people) will face famine in 2020 as the informal economy shut down during lockdown. Millions of Zimbabwean workers remain outside the country.

“Our salaries and pensions have been eroded due to illogical policies meant to create arbitrage for the few connected political elites and their cronies. We suffer endemic poverty with 34% in extreme poverty while 70% live in poverty.” ZCTU, May Day 2020

The economic crisis is so deep and broad, that the government is at war with two of the largest companies in the country. In July 2020, trading on the Zimbabwe Stock Exchange was suspended for over a month, with the largest listed company, Old Mutual, still remaining suspended. The government closed down the mobile money platform, Ecocash, which had become the de facto currency of exchange for most people. There are more than 5.7 million micro and small scale operators and these have become the new employers besides the government. A large number are distanced from the workers, and they are not included in the collective bargaining platforms covered by the Labour Act. 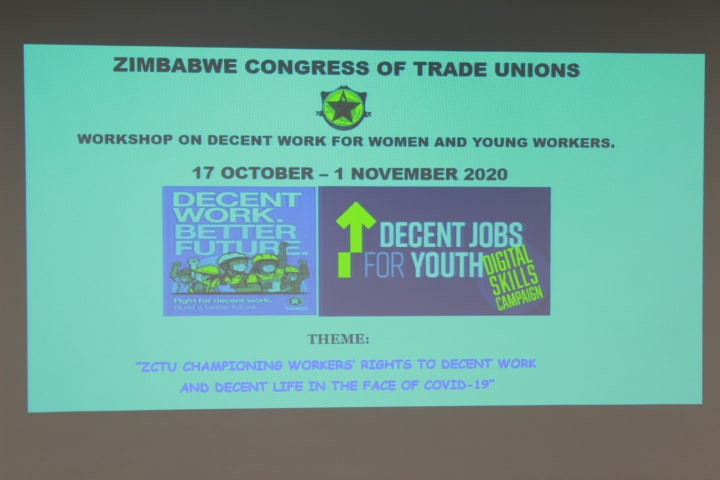 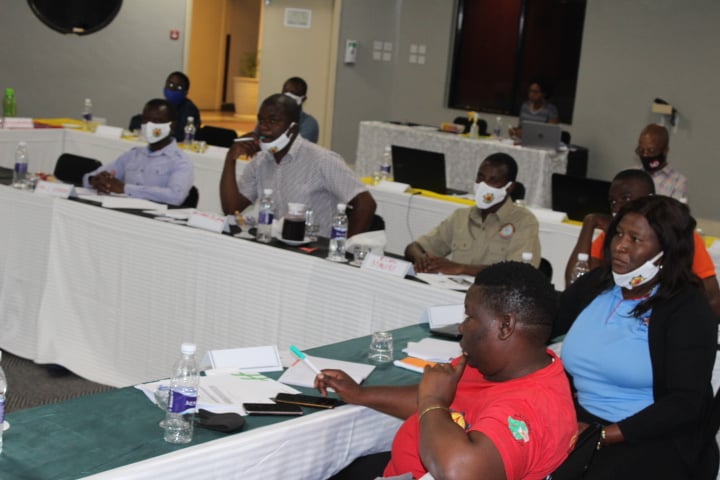 ZCTU will continue to build on previous capacity building efforts for the labour movement in Zimbabwe. The project aims to evaluate the labour movement and workers’ participation in policy development, analysis and implementation as well as enhancing its capacities to influence policy. The ZCTU Parliamentary Affairs team will work on sharpening policy and political analytical skills, and document the past experiences covering the period of 2000-2020. This will be done to facilitate policy and political direction for the trade union movement. They will also work on the development of the policy documents to strengthen advocacy work both internally and externally. The department will continue to engage nationally and internationally on trade union and human rights advocacy. It will also host advocacy forums through breakfast meetings with churches, NGOs and politicians on issues of common interest as well as facilitate engagements at national, regional and international level on Zimbabwe.

The ZCTU Parliamentary Affairs Department have hosted a number of Political Committee Workshops focusing on the country’s political situation. The topics covered during the most recent workshops were:

These workshops will assist the Parliamentary Affairs Department to strengthen the policy dialogue and processes for ensuring sustainable and transformative development policies and accountability. It will also strengthen coordination and collaboration as social partners engage in the policy making process and lobbying political and developmental partners.

Since July 2020, ZCTU leaders have been harassed and classified by the government as ‘terrorists’. On 27 July 2020, in a televised press conference Mr Patrick Chinamasa, the Acting Spokesperson of Zimbabwe’s ruling party, ZANU-PF, attacked and labelled the ZCTU and the Crisis in Zimbabwe Coalition (a civil society organisation) “Trojan horses” of the opposition Movement for Democratic Change (MDC) party, which was branded a ‘terrorist organisation’. This has been followed by ongoing attacks on the ZCTU to silence both the leadership and members. The government has been using the fight against the spread of COVID-19 as a pretext for enacting and imposing decrees that impede civil liberties, especially the rights to association, assembly and expression.

“We want an immediate change in the manner our country is governed. We have to fight against corruption, exploitation of our resources, illicit financial flows, shrinking democratic space, human and trade union violations as well as other governance deficiencies causing untold suffering to citizens.” Peter Mutasa, ZCTU President, 28 July 2020

At the end of July 2020, Sharan Burrow, General Secretary of the International Trade Union Confederation (ITUC) wrote to the President of Zimbabwe objecting to the persistent harassment of trade unionists and the classification of ZCTU as a terrorist organisation. Read letter

In September 2020, ACTU President Michele O’Neil also wrote to President Mnangagwa on behalf of the Australian trade union movement condemning the ongoing harassment of trade unionists, worker’s rights violations and the labelling of ZCTU as a terrorist organisation. Read letter

Union Aid Abroad – APHEDA continues to stand in solidarity with ZCTU and workers and trade unionists in Zimbabwe.