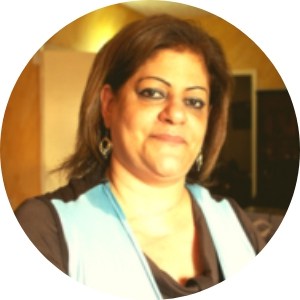 Dr. Mahmoud looks back on the day of Tuesday 4 August 2020 and recalls the moment the explosion hit Beirut. As founder of the Palestinian Women’s Humanitarian Organization (PWHO), Dr. Mahmoud reflects upon the situation from the perspective of a refugee and activist.

How you can help: click here to go to the list of Australian NGOs responding to the Beirut explosion

Each and every resident in Lebanon, in Beirut to be exact, has a different story to tell but with one common thread. What happened yesterday was categorised as the third most powerful explosion in the world. Starting from here, I would like to share with you my story which is full of negative feelings and which is by far one of the worst experiences I’ve faced in my lifetime.

On Tuesday, August 4, 2020, I went to the hospital for a minor operation in my left eye. I returned home at midday. At 6:07 PM, I was washing dishes in the kitchen when I felt the ground shaking under my feet. At the beginning, I thought it was an earthquake so I quickly left the dishes and headed to the door to leave the kitchen. As I was walking towards the door, I heard a very loud sound. The kitchen door opened by itself and it was then torn from the hinges. I felt that the building was collapsing.

For a second, I just stopped breathing. I felt lost and I wasn’t able to pull myself together. Somehow I managed to head to the balcony and shouted, ‘It’s an earthquake!”. I then I heard people screaming, “Look at the smoke”. I looked up and saw red smoke filling the sky and I was terrified. At that moment, I realised that something really horrible has happened. I began to wonder – “What happened? Who died?”

Within seconds, photos, videos and news of the explosion went viral. We learnt that the explosion was caused by the 2,750 tons of confiscated ammonium nitrate which had been stored in a warehouse at the port of Beirut for the past six years. We heard that 100 people were dead, more than 4,000 were injured, and several people were reported missing. Officials said the toll was expected to rise as rescue workers were still pulling people from the debris.

As a refugee, I started to think that now, many people will be displaced because their houses were destroyed. They will be refugees in their own country. I remembered how losing your house means losing your dignity. I remembered how hard it is to lose not only your house, but also the memories which were made in each and every corner of your home.

In Lebanon, we are lurching from one disaster to another. There has been civil unrest, followed by the bad economic situation. Then the COVID-19 pandemic struck and now this explosion! The level of infrastructure destruction is beyond our imagination. Everything that was destroyed in the explosion needs to be rebuilt and it will take time. Now even more people will lose their jobs.

We see in the news that government officials are asking people to leave Beirut because of the effects of ammonium nitrate in the environment. While the chemicals in the air should dissipate fairly quickly, the lingering pollutants can cause serious problems. However, refugees like me have no other houses to go to, or enough money to leave the camps. This simply means that we must continue to live in Beirut and inhale the poisonous fumes and suffer the consequences. The houses in the camps are always at risk of collapsing and after what happened yesterday, the risk is greater now as they’ve all been shaken up.

As an activist and as the director of the Palestinian Women’s Humanitarian Organisation (PWHO), I thought about the refugees whose livelihoods are so difficult. Work is hard to come by because the Lebanese government has denied us the right to work. My big fear is that with already very bad economic situation, this explosion will cause even more hardship. Children and adults will become malnourished from the lack of food. The first thing I thought about was milk which is now very expensive. Already food is scarce so milk provides a ready source of nutrition for the children so they can be healthy. Besides milk, I also thought of food packages that contain essential food items for refugees to be able to survive this harsh period.

Through our tears, I know that the PWHO team will work even harder than before to support the women and children. We will take one day at a time because the future is too difficult to think about.

BEIRUT EXPLOSION: HOW YOU CAN HELP

If you want to support APHEDA’s partner in Lebanon, you can donate to the Palestinian Women’s Humanitarian Organisation (PWHO). Your support to PWHO will go towards assisting Palestinians in the refugee camps only; not to work which directly assists the broader Beirut community.

MAKE A TAX-DEDUCTIBLE DONATION TO AN AUSTRALIAN NGO

If you want to make a tax-deductible donation to an Australian NGO that is responding to the Beirut explosion, please visit the ACFID Beirut Explosion Emergency Appeals page. The organisations listed are all members of the Australian Council for International Development (ACFID) and the appeals have been checked and meed ACFID’s Code of Conduct requirements for emergency appeals.