Karen News: reporting on issues that shape the Karen community 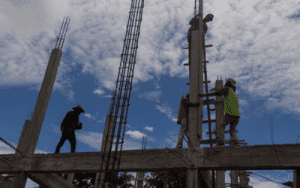 Karen News is an ethnic Karen news agency, generating written articles, radio and film news reports on social justice issues that shape Karen communities in Myanmar and around the world. Karen News provides an independent window for Myanmar and the international community on what is happening in Myanmar’s ethnic Karen state and Myanmar more broadly.

In 2011 a group of Karen journalists organisations including Saw Blacktown from different Karen media organisations, came together out of a desire to tell stories and reports about issues that happen in the Karen community to share them with the outside world and the Karen diaspora.

Against a backdrop of 66 years of conflict and militarisation, these dedicated Karen journalists cover every day stories that include a range of crimes against humanity – extrajudicial killings, sexual violence, forced labour, child soldiers, forced displacement, and human trafficking. Yet amongst the harsh reality of a life affected by conflict, Karen News also find and report on stories of hope, love and dignity.

Union Aid Abroad – APHEDA began assisting Karen News through a small grant to set up a web-based news site and in late 2011 www.karennews.org was launched. Over the years, the team at Karen News have built their capacity and are now producing weekly television broadcast segments and radio in both the Karen and Burmese languages. Karen News has also produced a number of powerful documentary videos on union organising, environmental action against dams, refugees and displaced people. In 2018, APHEDA and Karen News collaborated on a documentary on worker’s rights in Myanmar, ‘They Only Listen When We Are United’.

Karen News, quality news for the Karen community and an international audience

During 2017-18, Karen News continued to provide high quality news reporting, amplifying issues affecting the Karen community. Over the period a total of 45 articles and 13 videos were produced on a number of issues critical to the Karen community including repatriation of refugees and displaced people, peace talks, women in conflict, land rights, land confiscation, environmental issues, development and investment, landmines and migrant workers. These articles and videos can be viewed online and in English on the Karen News website. Karen News also covers issues that affect other APHEDA partner organisations on the Thai-Myanmar border including the recent news of the Karen Women’s Organisation (KWO) and their general secretary, Naw K’Nyaw Paw, receiving the 2019 US International Women of Courage Award.

Karen News has begun work on an ethnic Karen language website, Karen Voice. This website will give Karen News an avenue through which to communicate news directly to the Karen community in their own language. Until now, written articles were produced online in English with a predominantly international audience in mind.

However, after research with both the international and regional Karen communities, it was identified that there is an interest and need for more news content to be produced in Karen. Karen Voice allows journalists to produce important local stories that do not have an international angle in a timely manner for Karen audiences. These stories would include changes within local politics, legislation, the peace process, refugee repatriation, development and land issues, health, education, environment, displacement and work related issues. Karen Voice will offer a platform to refugees, villagers and workers to have their voices heard as well as political leaders, health professionals and community based groups advocates.

Amplifying current issues into the future

Karen News are currently focused on a number of major social justice issues that they plan to investigate and report on. These include: