The small country of Laos in South East Asia may only be home to little over seven million people, but it is also the highest per capita consumer of asbestos in the world. Addressing these dangerous levels of asbestos consumption, Laotian parliamentarians met last week with scientists and experts to discuss the urgent need to ensure safe workplaces and communities that are free from asbestos.

In the workshop, scientists and experts from five countries and senior representatives from two UN agencies were hosted by the National Assembly of Laos Committee of Social Cultural Affairs and the Ministry of Health. The workshop was supported by Union Aid Abroad – APHEDA, which has worked to bring together this rare high-level meeting. 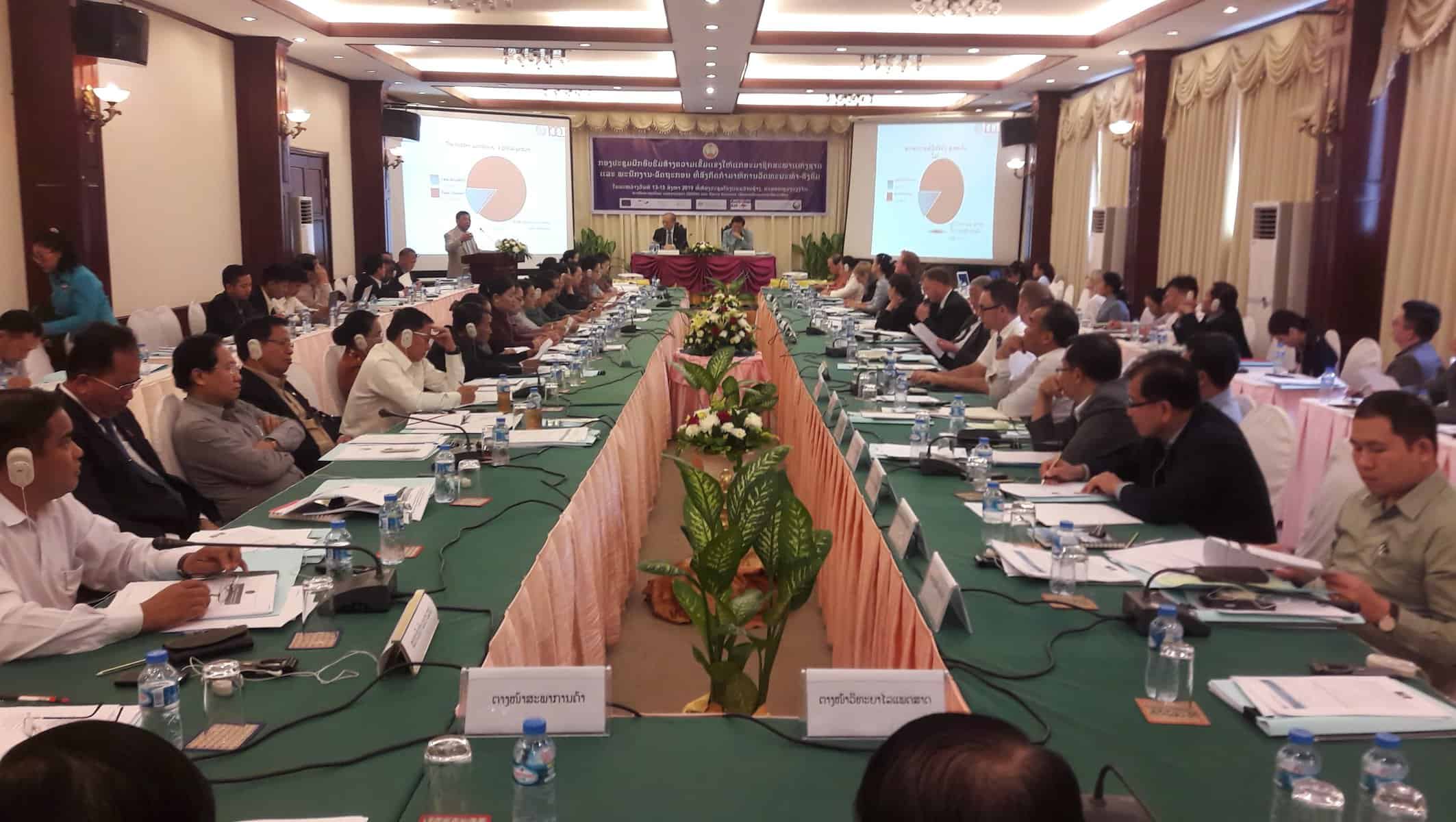 The international experts congratulated the Laos government on recently delivering a National Action Plan that paves the way to end asbestos use in Laos, and they provided strong evidence on the destructive health, economic and environmental effects of asbestos.

The scientists and experts urged quick action to stop the import and use of chrysotile asbestos, and they condemned the asbestos lobby for its misinformation and lies aimed at confusing governments and delaying any regulation or further bans in Asia, the last real global market for the asbestos industry.

The Laos National Action Plan proposes to ban chrysotile asbestos by the end of 2020. Laos would join 66 other counties around the world who have banned chrysotile asbestos. Each year that Laos continues to use asbestos will have repercussions decades into the future. Last week’s workshop was another major step forward for the ban campaign, helping counter the strong lobbying by the asbestos industry who deny the harmful effects of asbestos.

Sadly, the meeting also heard of the first two confirmed diagnosed cased of mesothelioma identified at the Health Science University of Laos. Mesothelioma is a cancer of the lining of the lung and other organs that is only caused by asbestos exposure and can take up to forty years to develop. 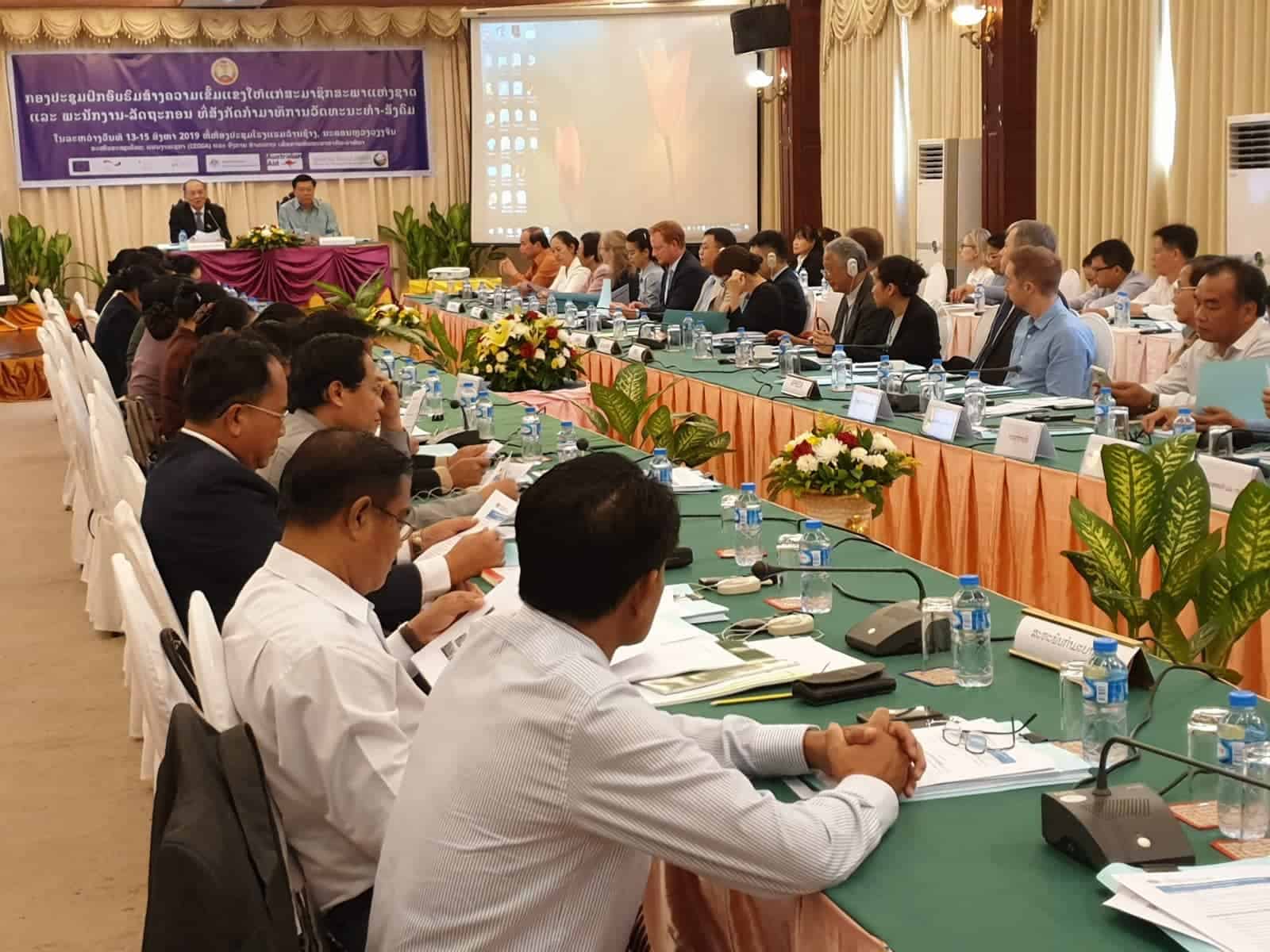 The international experts present for the meeting were from the International Labour Organisation (Switzerland), the World Health Organisation (Philippines), the Australian Asbestos Safety Eradication Agency (ASEA), as well as Vietnamese, Korean and Japanese occupational health agencies.

Speaking before presenting at the workshop Mr Nick Miller, Director of ASEA, expressed strong concern for Laotian workers in asbestos and roof-sheet factories, as well as communities and consumers:

“We are alarmed that Laos has in recent years been the heaviest user of chrysotile asbestos in the world per head of population, according to the Lao government’s National Asbestos Profile.  This suggests a big spike in lung cancers and some other asbestos diseases in coming decades unless chrysotile asbestos is banned”

International support for countries considering an asbestos ban allows the scientific community, workers, representatives, and experts to share experiences and knowledge and understand the evidence. In Australia and in many countries around the world we have acknowledged that there is no safe level of asbestos exposure. Now we can support others in our region to ensure safe workplaces and communities that are free from asbestos.

Asbestos: Not Here. Not Anywhere.

By becoming a member of Union Aid Abroad – APHEDA, you will help safeguard communities and workplaces from the dangers of asbestos