Leading the Fight for Energy Democracy on Masbate Island, The Philippines

Union Aid Abroad – APHEDA partner union in the Phillipines, SENTRO, is expanding its campaign for energy democracy to Masbate Island, where a pilot model of renewable energy cooperatives is being rolled out.

In the Philippines, campaigns that support economically marginalised communities and protect the natural environment are often the targets of repression. Today, the Philippines is one of the most deadly countries in the world to be a trade unionist or environmental defender.

Under the Duterte regime the situation continues to deteriorate, with trade union and human rights repression escalating. Meanwhile, the climate crisis continues to ravage the archipelago, hitting precarious women workers the most and destroying livelihoods.

But SENTRO is building alternative models of business that give the power back to workers and communities.

Masbate Island is one of the poorest provinces in Philippines and its population is vulnerable to the impacts of dangerous global warming. The Masbate Electric Cooperative (MASELCO) supplies electricity to sixty percent of the islands one million residents. As a publicly owned cooperative it is able to provide electricity at an affordable price to communities. However like other electric cooperatives in the Philippines, it is under pressure from vested interests to be privatised.

What’s more, private companies are planning to build new coal-fired power plants. These new coal power stations have been faced with strong community opposition due to the direct impacts on air quality and health, as well as their contribution to dangerous global warming. 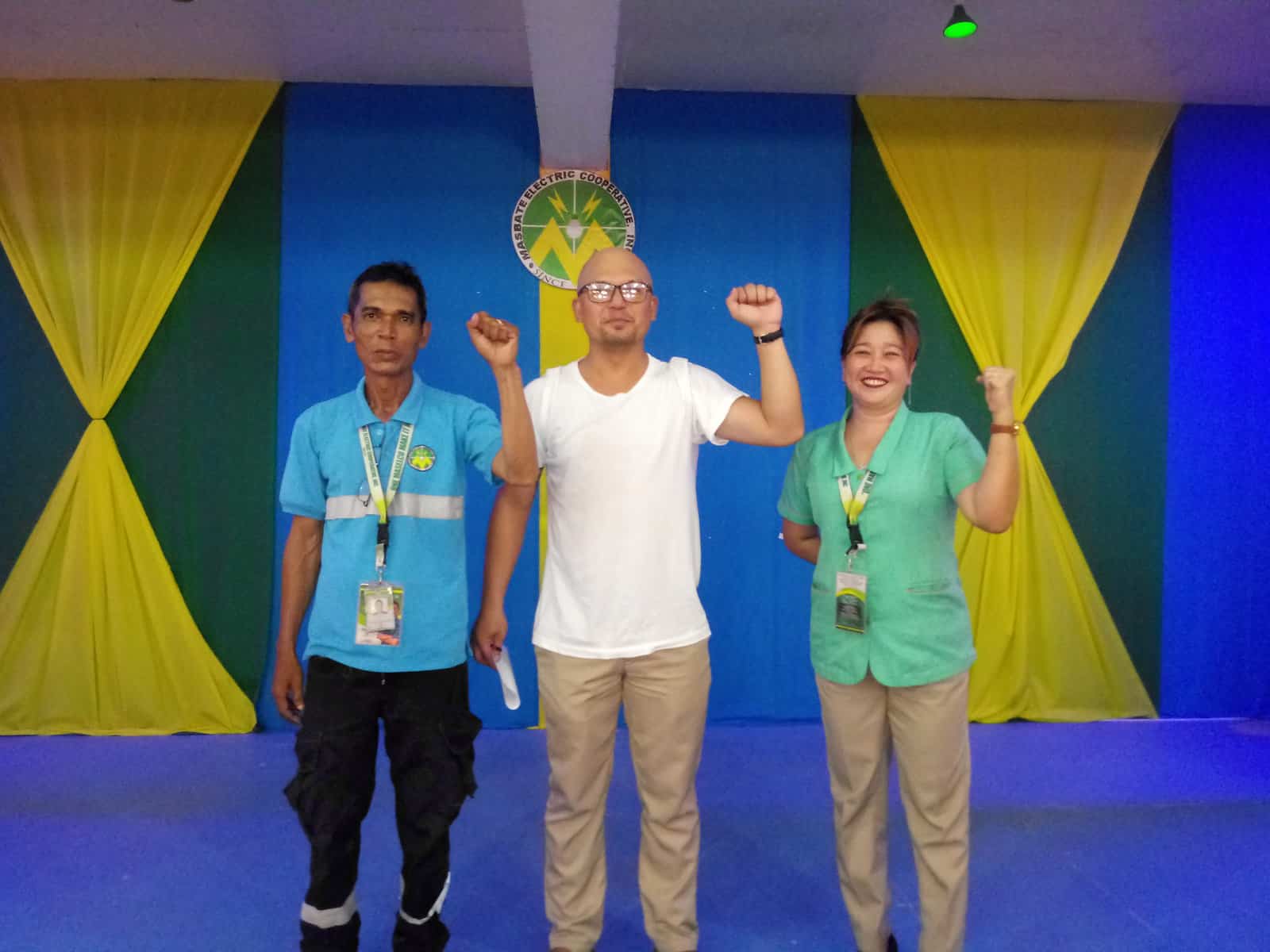 Preparing the way for renewable investment

Earlier in the year, the union hosted a renewable energy engineer to review key sites across the island for suitability for solar, micro-hydro and wind power.

This pre-feasibility study shows that there are good prospects for the cooperative to invest in twenty megawatts of solar and micro-hydro, which could play a key role in meeting growing electricity demand through clean energy.

Contrary to the misinformation of coal corporations in the Philippines, new energy demand can be met with clean energy sources.  Following the completion of the pre-feasibility study in November, the local union has started to lobby both the local and provincial governments to build support for a full feasibility study. Over the coming months the local union, with the support of SENTRO, plans to hold a number of community events to talk to local residents and undertake further lobbying to attract government support.

Support a just transition in the Global South!