In Cambodia, sex workers are working together to achieve safety at work. The women of the Cambodian Prostitutes’ Union (CPU) are confronting violence at work and discrimination in their communities by building their collective power. They are mobilising sex workers to defend their rights, increase their awareness about health and safety, and to gain access to essential services.

The risks and dangers of sex work

Sex work is illegal in Cambodia, and many women are forced into dangerous situations where abuse and violence is common. Exploitative employers provide cover from authorities, but force workers to take health risks in order to increase their own profits.

Often, entertainment workers are forced by their employers to drink excessive amounts of alcohol to keep clients happy, to have unprotected sex, and to take drugs in order to work long hours. Once alone with clients, workers have no protection other than their own negotiating skills and experience to reduce the risk of violence. 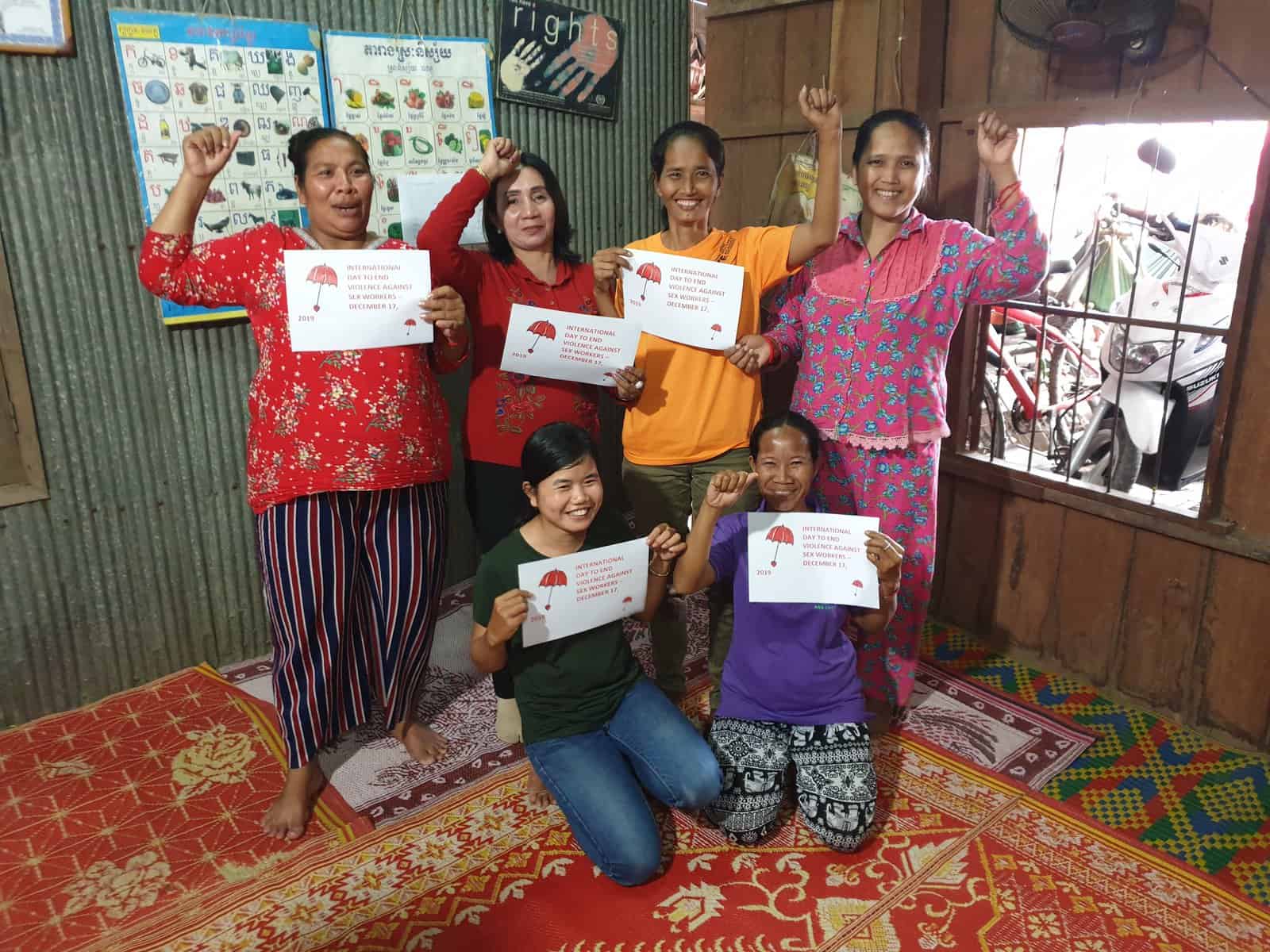 Organisers of the Cambodia Prostitutes’ Union (CPU) participate in the International Day to End Violence Against Sex Workers.

In Phnom Penh, these negotiating skills and experience are shared by the women who make up the Cambodian Prostitutes’ Union (CPU), one of APHEDA’s oldest partner organisations. Members of the Cambodian Prostitutes’ Union visit workers each night to teach negotiating skills and tactics that help them avoid, diffuse, or evade potentially violent situations.

One of the CPU’s most experienced outreach workers, Sumarunong, told us that there are times when even she is afraid of intervening in dangerous situations, especially when the men involved are affected by drugs and alcohol. In these cases she works with other outreach workers, other organisations, and the local authorities to protect women from violence. Often, CPU organisers reach out to sex workers late at night, and in isolated locations.

The Cambodian Prostitutes’ Union also targets venue owners, managers and local authorities to negotiate the rights of sex workers to live a life free from violence and abuse, and their right to enjoy a livelihood that provides them with enough money to support themselves and their families.

Over the past year, the Cambodian Prostitutes’ Union has held workshops on occupational health and safety for thirty workers, and it has distributed over 2,000 condoms for workers to protect them from HIV-AIDS and other sexually-transmitted diseases. It has conducted 91 home-care and support visits to workers who are unable to support themselves for health reasons.

And to grow the union’s ability to reach out to sex workers, it will be employing a new manager from November 2019 to boost the organisational capacity of the union.

Advocating for safe work for all workers

The International Day to End Violence against Sex Workers is held annually, on December 17, by sex workers and their friends, families and allies. Sex workers join together to demand an end to the high rates of hate crimes, and the stigma associated with sex work that enables discrimination, abuse, and violence against sex workers.

Union Aid Abroad – APHEDA works with the the CPU to help provide support to their members. By building their collective power, the women of the Cambodian Prostitutes’ Union are helping women secure safe work.

Stand Up for Safe Work

By joining Union Aid Abroad – APHEDA, or by increasing your monthly donation, you can help the women of the Cambodian Prostitutes Union reach out to more workers in dangerous situations.