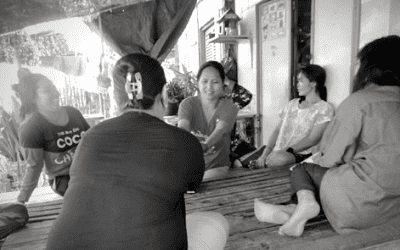 “Institutional discrimination is built into the normal working relationships of institutions, its perpetuation requires only that people continue “business as usual. Its eradication requires much more than good will; it requires active review of the assumptions and practices by which the institution operates, and revision of those found to have discriminatory results. Such an operation cannot be approached casually; inevitably, extra effort is necessary.” Jo Freeman (feminist author and activist)

Stamping out HIV and fighting for Sex Workers’ Rights

Union Aid Abroad – APHEDA has supported the Cambodian Prostitutes Union (CPU) since 1998, to help organise workers, to provide lifesaving HIV/AIDS prevention and care services to one of the most vulnerable groups of workers and continues to make a significant contribution to ending Cambodia’s HIV epidemic. In addition and just as important, CPU has also been relentlessly fighting for sex workers rights as workers, as women and as citizens to be protected and respected in the face of entrenched institutional stigma and discrimination.

Overcoming discrimination to be recognised as citizens

To be recognised as citizen and to access any form of public services (including health, education, social services, and even the right to vote), identity cards are required. Registering for identity cards for this group of workers is challenging due to a range of institutional biases that constrain them. These biases are compounded by the government’s burdensome administration, lower literacy levels among the workers themselves and the high rates of stigma and discrimination directed at sex workers by the community from whom they need support to verify their identity and also by government officials who process their identity card applications.

Obtaining identity cards one sex worker at a time

CPU is working with sex workers to overcome the discrimination and stigma that denies them access to identity papers. Under this phase of the project, CPU has supported 80 workers to return to their communities of birth to secure proof of identity papers and begin to tackle the administrative process of obtaining an identity card.  This process is complex in Cambodia and new to CPU. Despite this, 80 workers now have identity cards for the very first time. For many workers, this is difficult to obtain but simple document means they can now enrol their children in school and access other benefits under Cambodia’s social safety protection schemes.

The long road to overcome discrimination at an institutional level

Institutional discrimination has also dogged the organisation itself for decades, with government officials refusing to register CPU under its current name – the Cambodian Prostitutes Union. CPU deliberately used the word prostitute in its name as a call for recognition of sex work as work and to confront the stigma and discrimination head-on. This lack of registration has meant CPU, for legal purposes, has been a project operating under the auspices of the Cambodian Women’s Development Centre (CWDA), another longstanding partner of Union Aid Abroad APHEDA’s.

In 2015-16, CPU decided to formally register as a non-government organisation in order to expand its operational capacity to reach more vulnerable workers. After difficult decisions about a new name and a lengthy administrative battle, as of January 2018, CPU is now independent and has been formally registered with the Ministry of Interior. CPU is officially registered as the Association to Support Vulnerable Women with the government but is still calling itself CPU in all public facing communications. CPU is now in the process of developing its own organisational structures while continuing to organise the sex worker community and challenge and change individual and institutional discrimination.

What the future holds for CPU

CPU has made significant contributions to ending Cambodia’s HIV epidemic as well as confronting and challenging discrimination and stigma at both the community and governmental level. Attaining formal registration is a huge achievement and paves the way for CPU to continue its important work fighting for the rights and dignity of sex workers in Cambodia. APHEDA is incredibly proud of the work and achievements of CPU and will continue to provide support for organisational strengthening, as well as continuing to support community awareness and advocacy activities.

Become a Global Justice Partner today and contribute to Union Aid Abroad – APHEDA’s work in Cambodia and our other projects. Yes, sign me up!