On the twentieth anniversary of Timor Leste’s independence, Union Aid Abroad – APHEDA attended the official celebrations in the nation’s capital, Dili, where the Australian union movement was recognised for the important role it played in securing international support for Timor Leste. 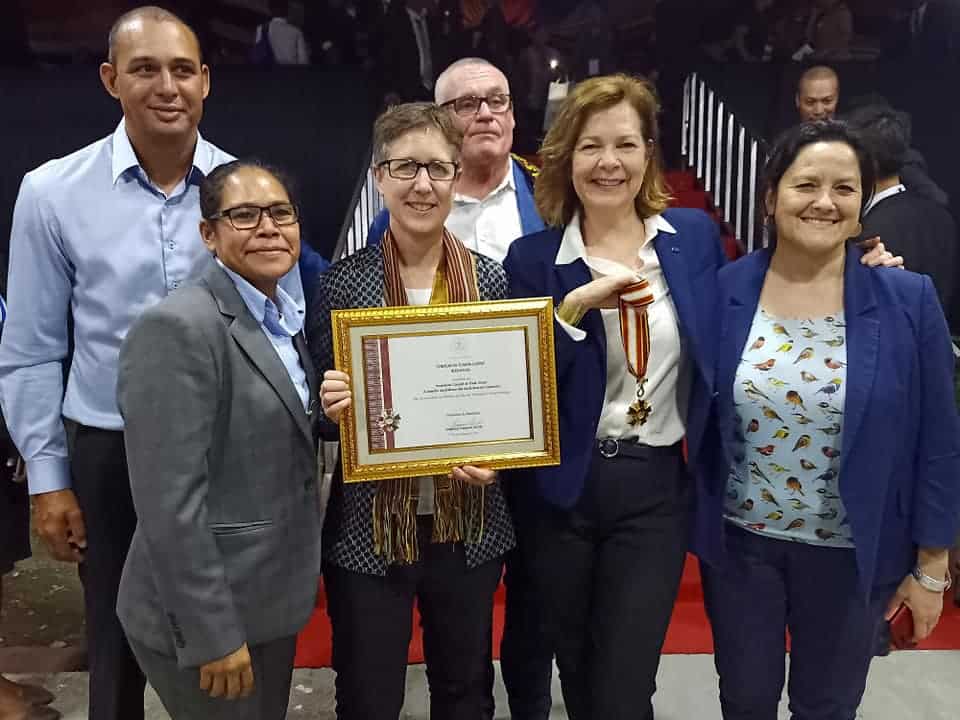 Receiving the Order of Timor medal on behalf of the Australian union movement, Michele O’Neil said:

“This is a great honour for the Australian union movement. Australian unions are proud to stand in solidarity with the people of Timor-Leste and our relationship continues to be strong.”

Last night Australian Unions were awarded an Order of Timor-Leste for our solidarity actions to support Timorese independence. We are very proud.

Australian union solidarity with Timor Leste has a decades-long history, but it was in the crucial period of the referendum that this solidarity grew into a powerful force for change.

In 1998 and 1999, Union Aid Abroad – APHEDA coordinated solidarity trips of senior union officials to East Timor to build support and links between Australian unions and pro-independence campaigners. When post-ballot violence broke out after 30 September 1999, Australian unionists blockaded airports to prevent the Indonesian national airline Garuda from flying, and built pressure on the Australian government which eventually led a peacekeeping force that entered Dili on the 20th September 1999. 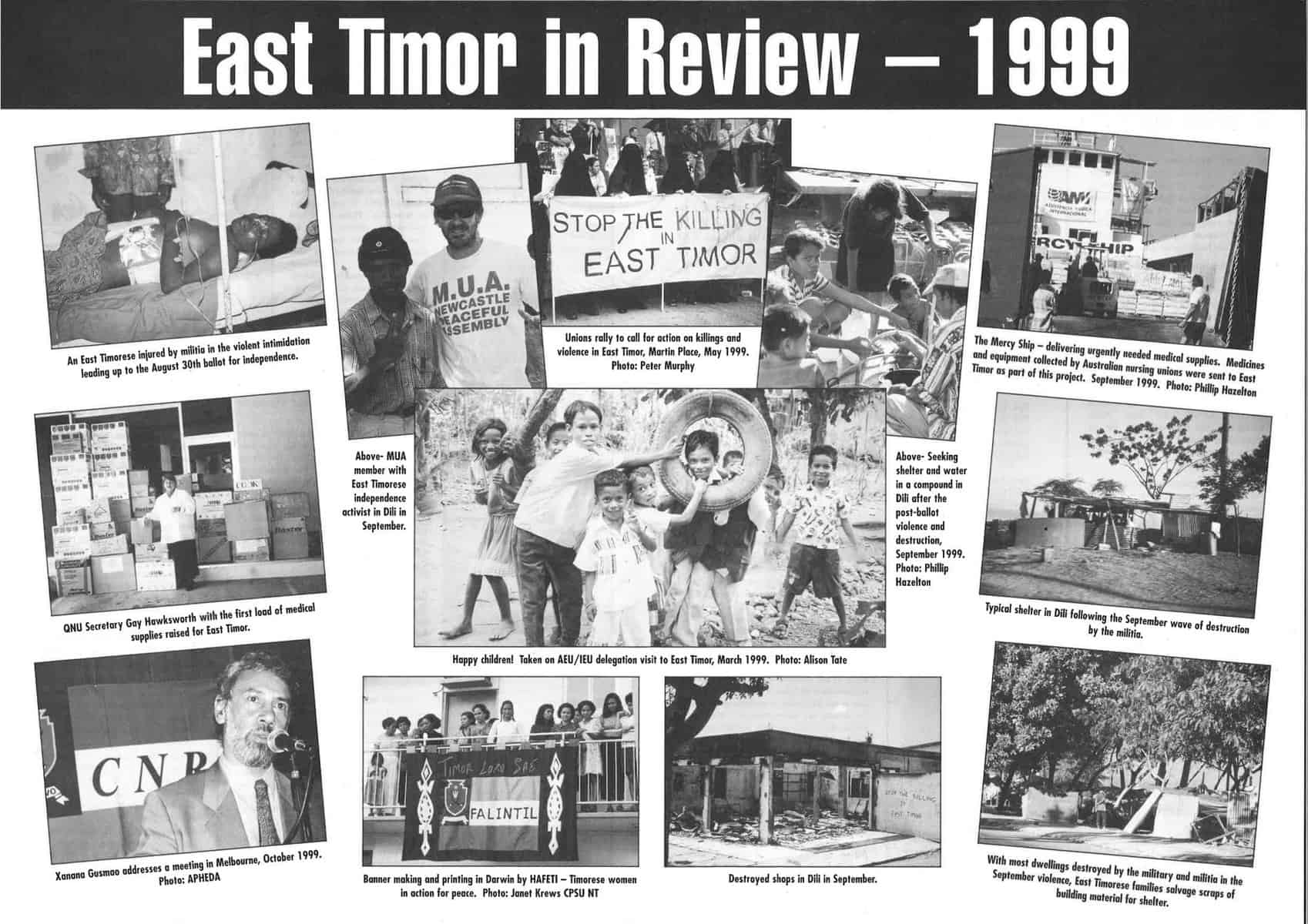 Following this, Australian unionists together with so many thousands of other Australians and internationalists from around the world mobilised to support Timor Leste re-build their country. Fundraising efforts followed, essential goods and medical supplies were shipped, and vocational volunteer exchanges between our two countries continued in the months and years ahead.

Union Aid Abroad – APHEDA coordinated much of this post-ballot effort of Australian unions. Between 2002 and 2004, some thirty-four long-term Australian union volunteers were based in Timor in support of Timor Leste’s nation-building efforts. You can read more about this extraordinary mobilisation in our book, Livelihoods and Liberation Struggles.

“Today we’re celebrating this legacy of solidarity, and the ongoing relationship between Australian unions and our sisters and brothers in Timor-Leste.”

Today, that solidarity continues through the work of Union Aid Abroad – APHEDA’s partner organisations, who are supporting Timorese workers to build their collective power. The Working Women’s Centre of Timor Leste (WWCTL) organises domestic workers and is campaigning for legislative recognition of their rights and conditions, while the General Workers’ Union is leading the campaign for a living wages and is the leading union in the private sector. In rural Timor Leste, farmers’ cooperatives are organising small-scale farmers to defend their interests on the market and practise sustainable agriculture.

Continue the Legacy of Solidarity in Timor Leste

You can support projects like this by becoming a member of Union Aid Abroad – APHEDA.